Michael J. Colella learned to turn in the early '70s, but did not continue with it until the late '90s. Early in the 2000s he started selling in local craft shows, including the Frederick Festival of the Arts and League of Women's Holiday show. He exhibited pieces in the Creative Craft Council exhibitions in 2014, at Glen Echo's Vessels from our Trees exhibition in 2019, as well at Black Rock in Germantown, and participated in the CountrySide Artist tours in 2018 and 2019. In 2013, he was accepted as guest wood artist at the Maryland Renaissance Festival. In 2016 he became a permanent resident at the Festival and has retained a booth there to date. At the Festival, he had become known for his exquisitely crafted magic wands, as well as his fine turned wooden vessels. 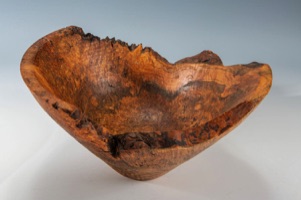 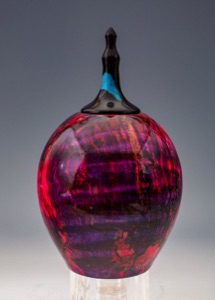